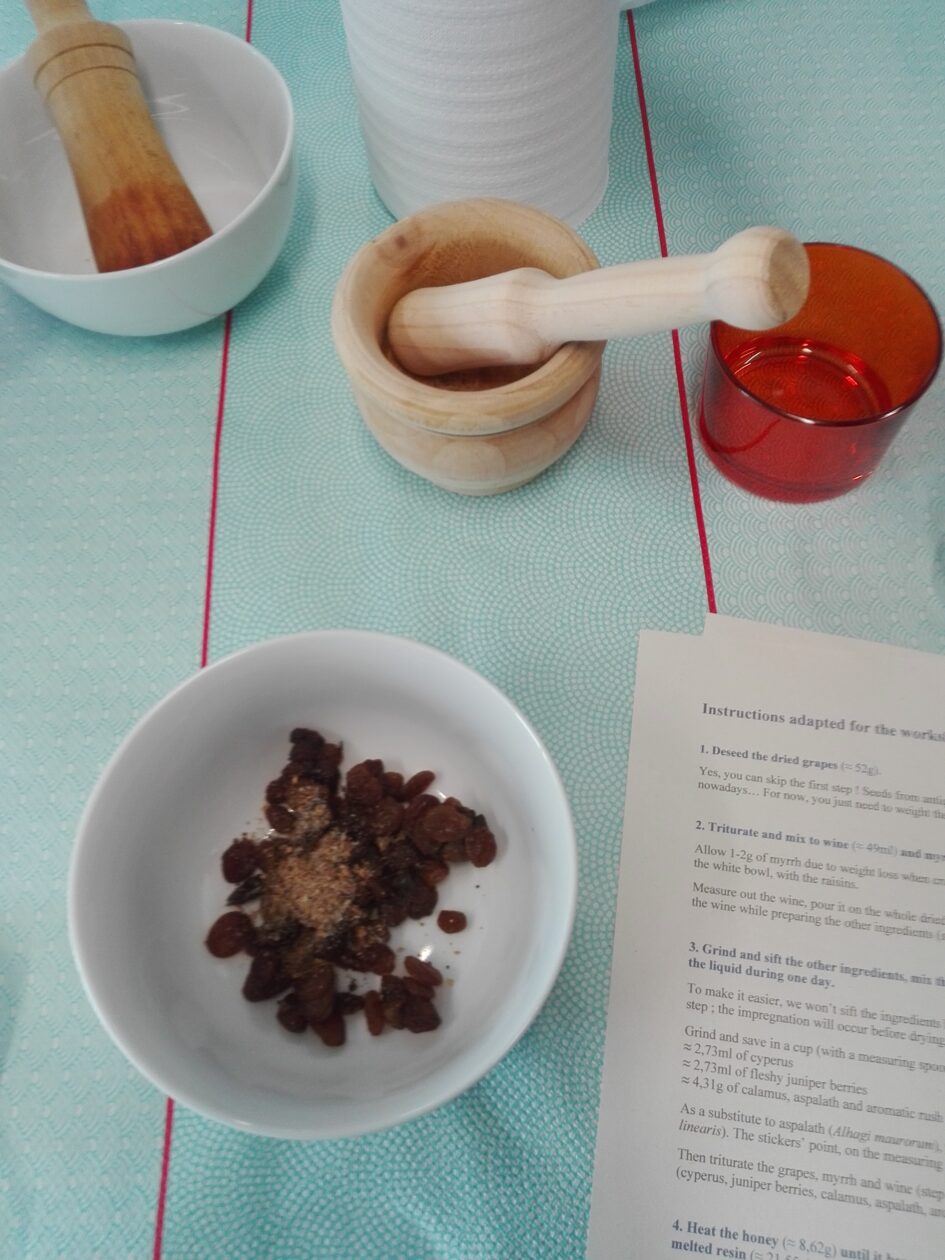 Every participant was invited to make their own kyphi, an Egyptian perfume which was really famous during Antiquity, using an original recipe. Greek kyphi recipes are recorded by Dioscorides, Plutarch and Galen. For the workshop the basic recipe had to be slightly adapted, in order to complete it in few hours of work. 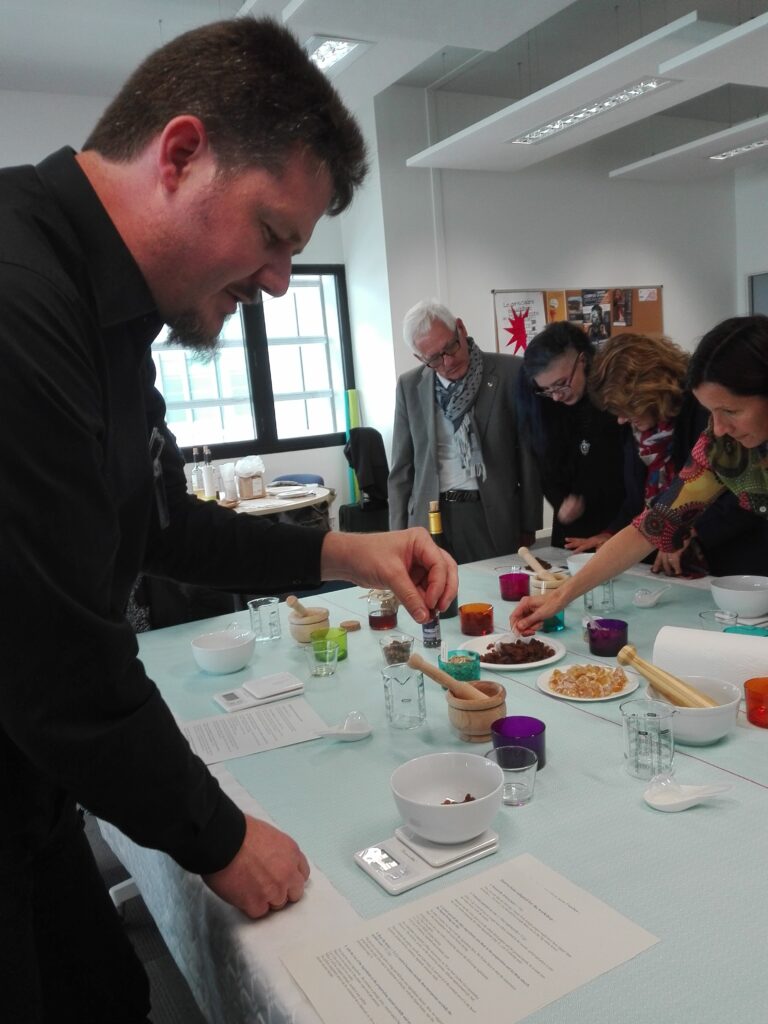 Some ingredients mentioned by the ancient sources are obscure or difficult to find, so they had to be replaced. As a substitute for Asphalat (alhagi maurorum) for instance, Rooibos tea leaves (aspalathus linearis, a plant which belong to the same family) were used.

As main ingredients honey, raisins, wine, juniper berries and myrrh were also employed. A key factor in the preparation is to follow the exact weights and quantities: this was easily done with precision scales, while in antiquity probably volume cups were mostly used.

After grinding, sifting and mixing the ingredients using mortar and pestle, the final result was a thick paste, which, once dried, could be burnt like incense, producing an intense aromatic fragrance. 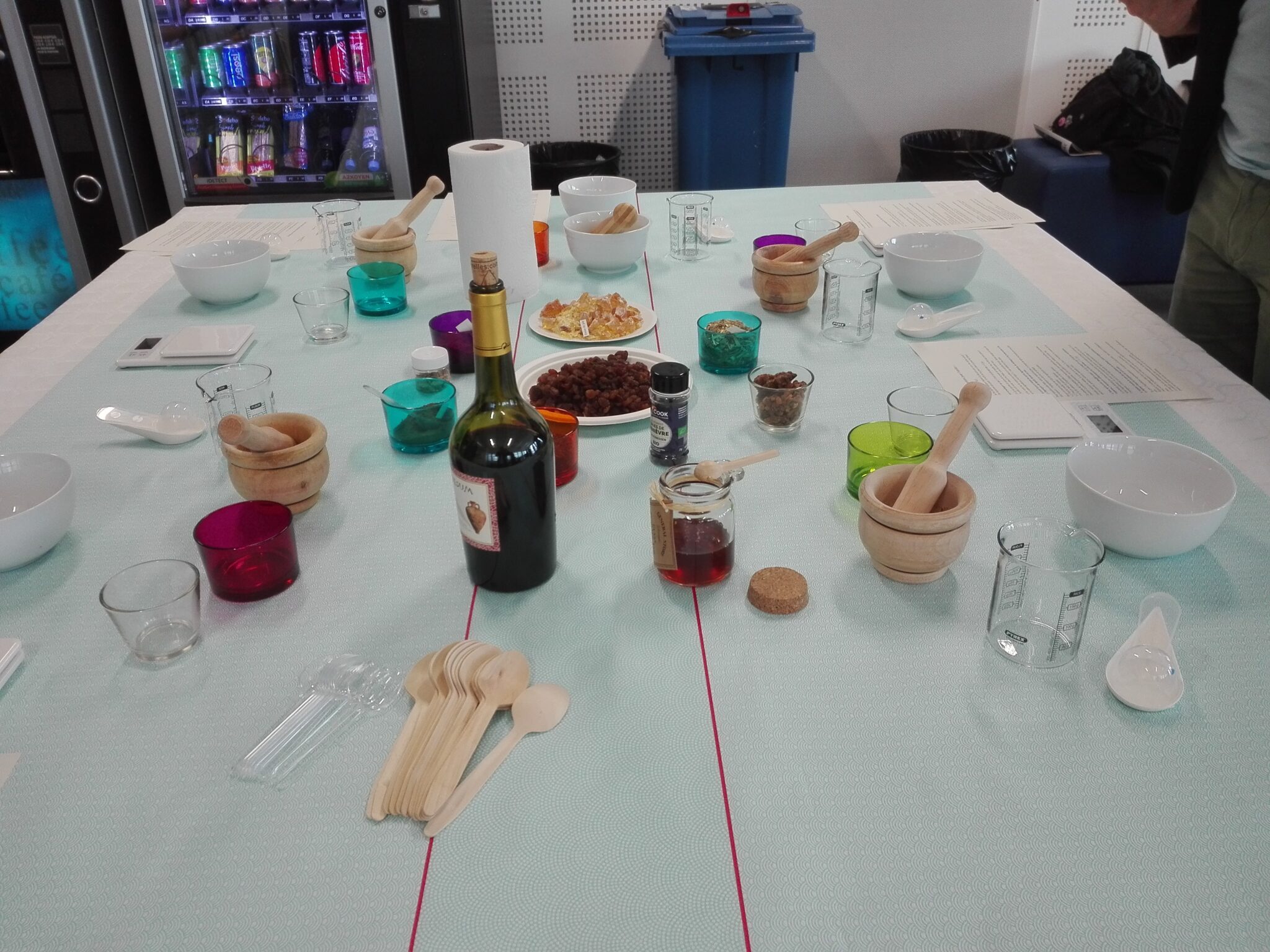